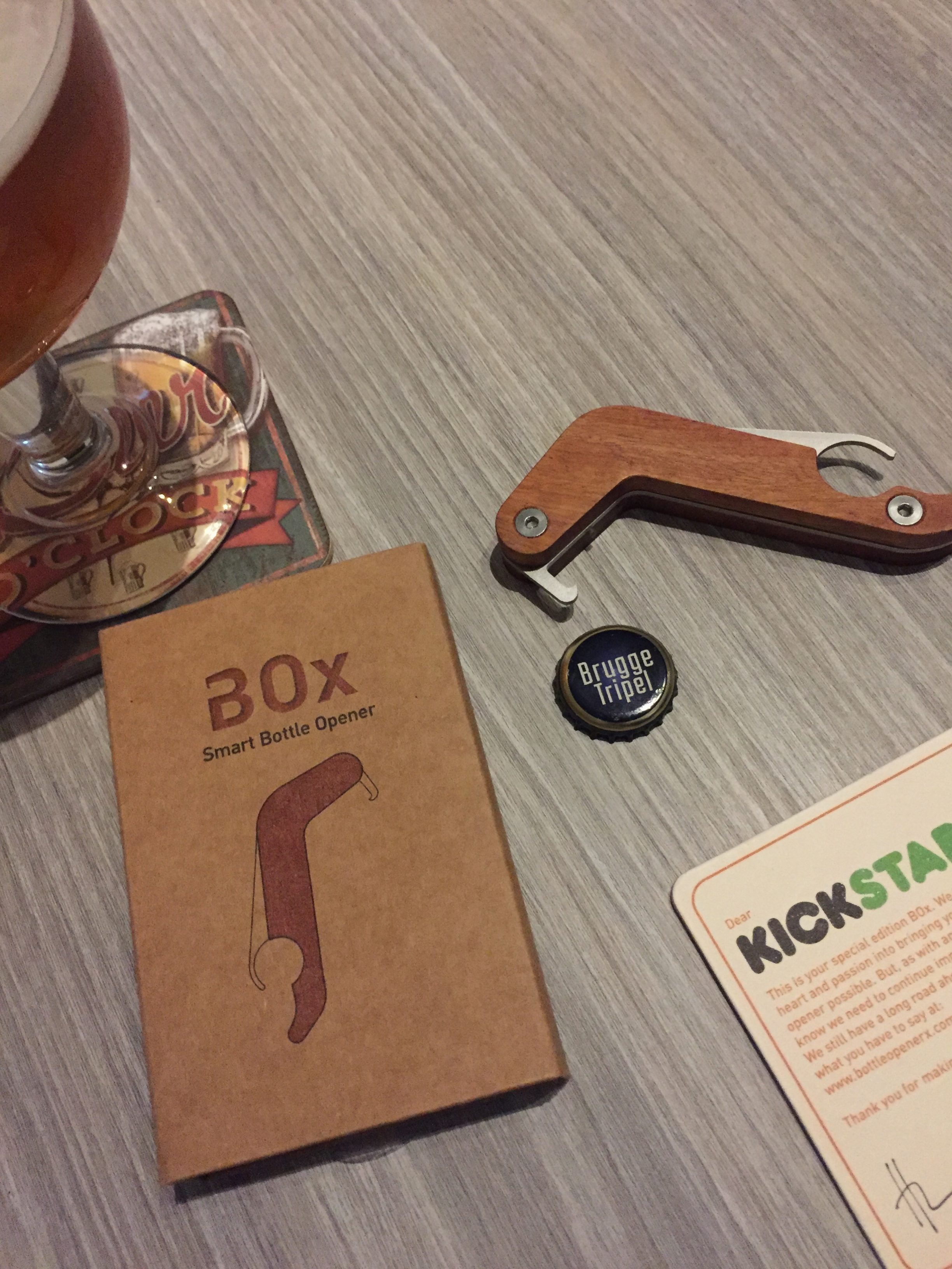 As a fan of kickstarter projects and beers I came accross the BOx (Bottle Opener X). This is, as told by the developers, the world’s first smart bottle opener. 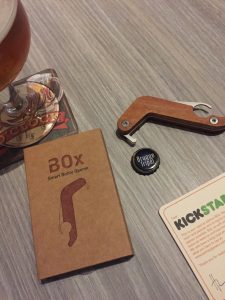 As a tech guy this sounds interesting so I decided to back this project.

15 november 2016, the day I received my BOx! The item was send in an enveloppe, when the mail man (or woman) dropped it off it was a little damaged during the travel from Swiss to The Netherlands. After opening i did receive a great looking box that included the opener. Some things i noticed directly:

The Setup with the App on iOS

After unpacking you will have to setup the opener so it can send data to your mobile phone (Android and iOS). First download the app for you mobile phone. After that just follow the setup instructions provided by the app. In case of iOS, first connect your WiFi to the Box SSID and then start the App. There seems to be an issue that you can not go to the wifi settings from within the app. After connection you can open up your bottle!

Some things that need to be fixed

I noticed some issues with the app / openers connection, so these tips might come in handy!

Now lets wait for the first major update of the app and the new firmware to fix both things above. At least i was told by BOx both issues will be fixed in the new upcoming release.